Jeff Hawkins is an anti-Scientologist who was expelled from the Church a decade ago when it was discovered he not only had lied to his colleagues and his wife, he also had lied point-blank to the Founder many years earlier and only admitted it when questioned about his continually poor job performance. His wife also discovered the sexually perverted activities he engaged in behind her back, which led to the end of their marriage.

Hawkins worked as copywriter with the Church, where he had a long history of dishonesty, poor writing and bad planning. His incompetence earned him continual reprimands, especially for his chronic lying. In a sworn affidavit, Hawkins later confessed that his incompetence sabotaged the Church marketing programs he oversaw.

Hawkins also had a long track record of dishonesty that led to his disastrous work history, resulting in repeated dismissals from his positions in the promotion and marketing department. His lack of performance and continued dishonesty contributed to his expulsion from the Church in 2005.

After many years of numerous foul-ups, repeated chances to sort himself out, correct his errors and to get his head straight Hawkins confessed that his work was counter productive, “suppressive and a stop to expansion and dissemination.”

His secret life of sexual deviance

In 2005, Hawkins hit a new low when his personal life imploded after he confessed to his then-wife Catherine Fraser about his long-term, hidden out-of-control sexual deviancy. All along he had been leading a double life. His conduct destroyed their marriage. He admitted to her that their marriage could no longer continue due to his clandestine deviancy.

Hawkins was expelled. His wife divorced him, which he paid for. And he was returned from whence he came, at his own bidding. That he now seeks to revise history to make it appear otherwise to those who were not there is just one more Hawkins lie and one step deeper into delusional disorder.

The facts are that after giving Hawkins opportunity after opportunity to turn his behavior around, in 2005, the Church expelled him. And under oath, Hawkins admitted to it in a 2010 court deposition:

Q: Let me make sure I understand the circumstances of your departure in 2005. Correct to say that you were thrown out of the Sea Org?

A: The term is “offloaded.” I was offloaded from the Sea Organization.

But in the same deposition, Hawkins denied ever receiving from the Church a fact-finding hearing known as a “Committee of Evidence” which examined his performance and took up his malfeasance in the Church, resulting in his expulsion. Bottom line: The Church cleans house of those miscreants involved in financial misdeeds, dishonesty and perversions.

Q: And you were offloaded after there was a Committee of Evidence, correct?

A: Incorrect. That’s not correct.

Q: Were you subject to a Committee of Evidence?

Q: So, you deny that you were ever informed of the existence of a Committee of Evidence—

Q: Had you ever heard that a Committee of Evidence had been formed to investigate and comment upon your conduct?

Q: And certainly there wouldn't be any possibility that there would be a tape recording of your voice appearing at the Committee of Evidence, correct?

But unfortunately for Jeff Hawkins, there is a taped recording of that exact hearing in which he confessed to neglect of duty, ignoring one’s duty, treasonable neglect amongst other ecclesiastical crimes and at that point, Jeff Hawkins was kicked out of the Church.

His own writings of the time show it.

It wasn’t long after his expulsion that a resentful Jeff Hawkins began exploiting the Church.

Hiding hate crimes in the shadows

Since being kicked out of the Church, Hawkins has been a discredited anti-Scientology media source in exchange for perks, publicity and money. His fabricated stories about his experiences as a staff member were debunked more than a decade ago. He has yet to produce any independent witnesses, photos, documents or any other shred of evidence.

Notably, up until his double life was discovered Hawkins freely gushed about his life in the Church. It was only after his transgressions were found out that he became a Church critic. As Hawkins once stated of his working life at Golden Era east of Los Angeles:

“It is an ideal working environment, out of the pollution and congestion of Los Angeles, a safe environment in which to live and work … Living and working here has been the happiest and most fulfilling time of my life.”

But rather than get on with his life after being kicked out of the Church, the embittered Hawkins dedicated himself to spreading hate about the religion he had been a part of for so many years. Shortly after being expelled, he created an anonymous hate-filled website in a failed attempt to use lies to convince individuals to abandon their religious beliefs and more tellingly wrote a book of his lies to peddle for money, in order to provide him cash.

Concurrently, Hawkins joined with the cyber-terrorist group Anonymous, which has a long record of illegal cyberattacks against government agencies, major corporations, nonprofit institutions and religions. Anonymous has been the subject of numerous federal investigations (and several successful criminal prosecutions) for engaging in hate crimes against the Church of Scientology, its members and its ecclesiastical leader—including assassination, bomb, arson and death threats.

Hawkins joined with the cyber-terrorist group Anonymous, which has a long record of illegal cyberattacks against government agencies, major corporations, nonprofit institutions and religions.

Their hateful purpose was publicly proclaimed with this chilling threat: “This will be the world’s biggest terrorist attack on a religion. Lives will be lost… His execution [referring to the President of the Church of Scientology International] along with the deaths of other countless Scientologists will strike fear into the hearts of every member….”

Hawkins is a self-professed card carrying member of this criminal collective, a thoroughly discredited source with a long history of lying and a willingness to say anything to smear the Church that kicked him out. With a motivation to make money exploiting the Church, Hawkins peddles his lies in hopes of cashing in.

As his former wife Catherine states: “Trusting Jeff Hawkins is a big mistake. Once you promote him as one who speaks the truth, you destroy the truth for the rest of us.”

She continued: “You have to look at a man’s actions to know whether he is telling you the truth. If a man can do the things he did to me—there is no question that kind of man would lie to anyone about anything. He lied to me the entire time we were married and withheld the activities he had been and was involved in.” 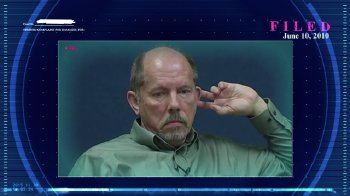 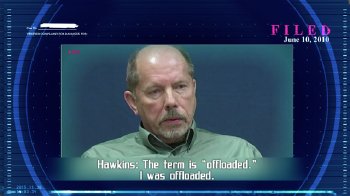